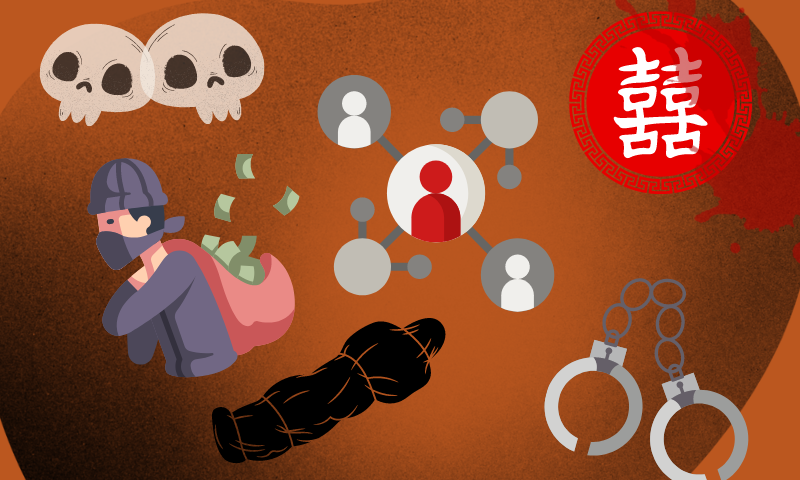 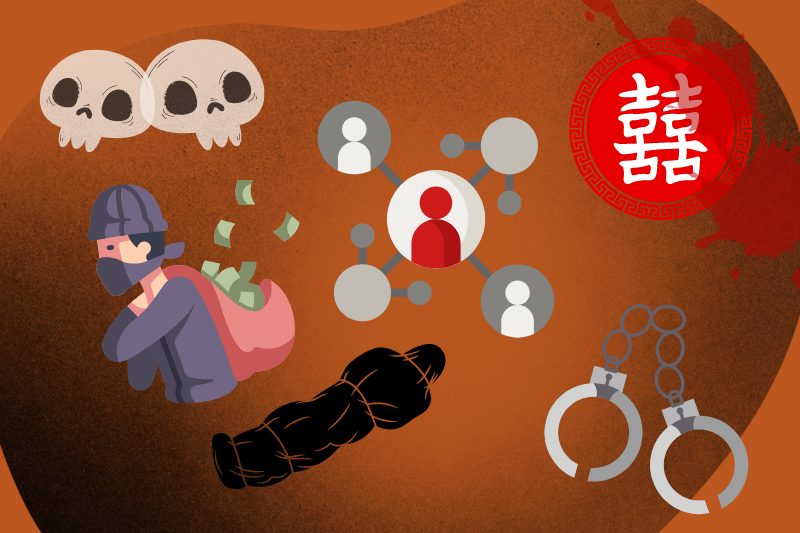 While Beijing and Shanghai are considered top metropolitan cities in the world, wealth gap and income inequality are found in mainland China. People who live in the poor rural villages generally have lower level of education and income. The traditional Chinese family ethics are deeply rooted in the rural community who considers marriage to be one of the most important events in one’s life.  For those who died have not exhausted their natural lifespans, nor have they formed a family of their own, they are not allowed to be buried with their ancestors according to the folkloric tradition. Since ancient times, ghost marriage is a means to help the dead join the normal social order and complete the mission for the family tree. However, today, ghost marriages have become means of obtaining wealth. The industry and its profits have driven criminals to kidnap and murder women, raid tombs, steal and sell female corpses, and be involved in morgue robberies.

The legal case study method was used to investigate ghost bride-induced crime in China. Through searching potential keywords related to “ghost marriage” and “stealing/selling corpses” on China Judgements Online (2013), the research team found court judgements on relevant criminal cases. A total of 84 criminal cases which took place between 2003 and 2018 were identified. From the finding, it is observed that the majority of the corpses were female (90.6%). Shanxi and Shaanxi provinces, which are neighbouring each other and also the poorest Han provinces in China, have the highest demand and supply for corpses.

In the study, two widely reported cases were selected for detailed analysis. The first case was about a family in Nanzhuang Village buying a ghost bride for a companion for their son who died from a car accident. In this case, the female corpse was involved in a serial killing and had been resold twice before delivered to the family. This case exposed the market for ghost brides and a long supply chain. It also indicated the demand and supply of ghost brides in the village, which leads to the occurrence of “ghost matchmaking” to create a deal-making platform for the required “ghost bride” provider and the buyer.

Another case was used to illustrate the complex criminal business structure. The female victim was an adopted child in a family in Shaanxi Province. She was mentally and physically handicapped. The mother of the victim wanted to find a partner for her 19-year-old daughter in 2013. At the same time, a family in Shanxi Province wanted their deceased son to ghost-marry and contacted a matchmaker, saying that they can offer RMB60,000 for the ghost marriage. The normal matchmakers changed their occupations to ghost matchmakers and worked together to plan the ghost marriage. They issued a fake death certificate by bribing the hospital workers and a doctor to falsify the documents. The criminals made a deal with the victim’s father who agreed to sell his daughter to them. The criminals took away the victim and tried to murder her in order to obtain the corpse. Although the leaders and matchmakers in this crime were arrested at the end, the criminal sanction of the hospital workers and doctor in this case were waived.

The operation of the ghost bride market is created as a result of market forces, with element of human connections. Within the networks, ghost matchmakers usually have abundant knowledge of the males and females within the villages nearby, and they match both the dead and the alive. By acting as brokers, they fill the structural holes, connecting criminals and clients. The study also demonstrates how a ghost bride market is created as a result of established historical culture. The ancestral tribute and property inheritance system of the village community is the root of the custom of ghost marriage favouring male, who has the responsibility to expand the family’s influence in the town and secure its position and status. As the ghost bride-induced crimes often happen in poorer provinces, and the majority of victims were women, the ghost bride market also indicates income and gender inequality behind the crime.

This work was supported by the Hong Kong Research Grant Council under the General Research Fund No. CityU 11607319.